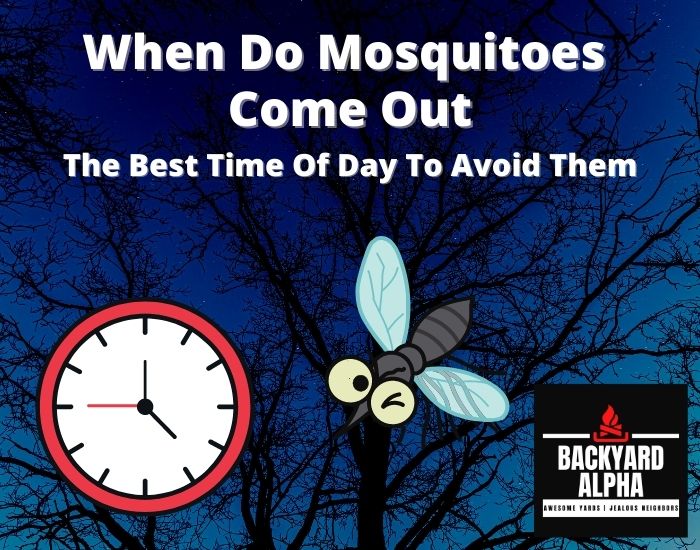 Have you ever wondered When mosquitoes come out and bite?

We’ll have, and in this article, we’ll look to answer that question as well as the questions below; 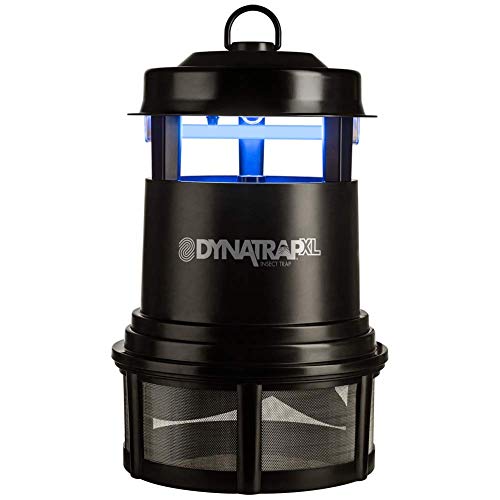 When Are Mosquitoes Most Active?

Mosquitoes’ activity level is directly connected with how warm or cold it is outside for a specific time since they need heat to survive.

Why not try something that works better than soap?

Here are a few links to my favorite Mosquito repellents.

Related: What Repels Mosquitoes – Natural Ways To Keep Them Away

What Time Do Mosquitoes Come Out?

Mosquitoes can be found in every corner of the world, and they have different habits. For example, some mosquitoes are most active during the day, while others prefer to go out at night or dusk.

Their peak activity time falls between sunset and midnight for many species across America. So if you live anywhere close to standing water shaded by trees or other tall foliage around this time, make sure to wear lots of bug spray, so you’re not eaten alive after sunset.

The Aedes aegypti and the Culex pipiens are two of the most irritating mosquito species that inhabit America.

Aedes aegypti typically feeds during the daytime and is more likely to bite during dawn or dusk.

Culex pipens from your backyard usually bite in the early evening, annoying for those trying to sleep.

The Anopheles mosquito is responsible for spreading malaria in humans. These pesky bugs have an exciting daytime and nighttime activity schedule. They’re most active during nighttime hours when they can feast on unsuspecting victims.

However, most of their feeding patterns occur at dawn or dusk, so keep your mosquito spray handy if you plan on traveling outside the U.S.

Malaria isn’t common in the United States, but travelers should always be aware that it’s possible no matter where they go. The disease is prevalent all over Asia, Africa, Central America, and South America.

Mosquitoes are least active in the middle of the day when it’s hot and bright outside. But once they’ve made their way into your home, or any other building with temperature control, they stay active longer because these conditions protect them from dehydration.

With more time on their hands to fly around looking for a tasty meal, you might be unlucky enough to provide.

Are Mosquitoes Active At Night?

Mosquitoes are primarily active during evening hours because they avoid daylight. They’re afraid of sunlight and prefer to be in their natural habitat. Therefore, wet environments like swamps or marshes where it stays dark for 24 hours every day and the temperature is around 18 degrees Celsius or 65 degrees Fahrenheit serve as their ideal habitat.

Like a real-life nightmare, mosquitoes wait until the early evening to start biting. Even if you’re not out and about during this time frame, they will come inside your house just for you.

Mosquitoes are the scourge of summer. They can drain you, irritate your skin and make it impossible to enjoy a nice day outside without fear that they’ll take over again.

To get rid of them for good, you need to know where they live. The key is knowing where mosquitoes go at night and hiding during the day, giving you all the necessary information to maximize the effectiveness of mosquito control measures.

Why Do Mosquitoes Come Out At Night?

While sleeping, mosquitoes are attracted to people by using their heat sensors and chemicals. Then, they use the sweat from your body to locate you while you sleep at night.

Mosquitoes, such as Culex and Anopheles, come out at nighttime, usually after midnight, and transmit diseases like the West Nile virus. The species that come out at night are generally not seen during the day since the sun can quickly exhaust and kill them.

When Are Mosquitoes Least Active?

Most mosquitoes, especially house mosquitoes, are least active during the late morning and throughout the afternoon. Their activity level largely depends on the temperature and the type of mosquito.

Also, mosquitoes have a much shorter life cycle, so they don’t follow the same pattern. If you’re lucky, mosquitoes will disappear when it gets freezing outside around wintertime or if there’s been lots of rain in the summertime. But even on those rare occasions where average temperatures are below 50ºF, mosquitoes can still be out to bite.

When Is The Best Time Of Day To Avoid Mosquitoes?

But since mosquitoes can be a nuisance even in this limited timeframe, take precautions beforehand by using repellent or wearing clothing that covers your skin entirely.

When Is Mosquito Season?

Mosquitoes are masters of adaptation. In the United States, cold winters and warm springs give rise to “The Mosquito Season.” Some mosquitoes hibernate during winter, while others emerge from eggs laid last year in preparation for mating season.

As summer approaches, mosquitoes and their presence are on the rise. Mosquito season does not coincide with a specific date because it depends heavily on temperature. For mosquitoes to thrive, they need air temperatures of 86°F or higher.

They typically become active during April, when the weather starts warming up again after winter. However, this can vary from region to region, mainly due to elevation differences in different parts of the world with differing climates.

Mosquito activity can begin at different times each year due to weather, even in one year. For example, some species may be out before others, depending on how much rain there was during their larval stage and when it is warmer because they are hungry for blood every day.

As the summer season progresses, you might notice that fewer mosquitoes are around by September. This is because those born in July or earlier have been dying off from accidents and predators.

Also, since June and dwindling egg production throughout August has slowed down considerably compared to its peak in mid-July. As soon as frost arrives and it is cold enough to kill all mosquito species, these pesky pests will cease their activity until they emerge again next year.

Some researchers have tried to determine why certain mosquito seasons are worse, but there isn’t one answer. For example, one study found that Culex mosquitoes were most susceptible to the West Nile virus when the temperature was warmer and wet conditions also made a difference. However, the weather accounted for 80% of the weekly variation in infection rates than any other studied factor.

What Time Of Year Do Mosquitoes Come Out?

Mosquitoes come out in different regions depending on the climate. So whether it’s winter or summer, mosquitoes are always there to annoy us.

Nowadays, peak mosquito season is year-round because of global warming. However, they still have a peak time when they become more active than usual, usually in late spring between June and August in warm weather.

Mosquito season in the south starts as soon as winter is over. Residents of California, Arizona, New Mexico, northern Texas, and Louisiana all experience mosquito season year-round because their warm temperatures keep them buzzing right through fall’s cooler temps.

The Middle Atlantic, Midwest, and West states experience a different type of mosquito season. Due to temperate climates that are too cold for mosquitoes to thrive during these periods, mosquitoes have no susceptible infestation in these areas because there are no water or warm bodies of air that would provide an ideal breeding ground. Some of the regions where this climate predominates include Missouri, Kentucky, Utah, Colorado, Kansas, California, Nebraska, Nevada, Illinois, Ohio, etc.

Where Are Mosquitoes Most Active?

The following is a list of states that have been ranked as the most mosquito-ridden in America:

The Canadian climate is a perfect breeding ground for mosquitos, and there are many areas where these irritating pests thrive. Mosquitoes can be found in every province, aside from the Yukon Territory and Nunavut.

People living near freshwater lakes or ponds may find these insects amassing outside their homes during the summer months. In general, Canadians should expect to see more mosquitoes when dark outside. Here are the top places for mosquitoes in Canada:

When Do Mosquitoes Go Away?

Mosquitoes are fragile; they cannot handle the heat of a sunny morning. So during those hours, you’ll rarely find them near you. But there is also hope at nightfall because mosquitoes need to rest after long periods of active flight.

Humid places like old tires or thick plants protect against dehydration for mosquitoes, where they rest for another day of hunting humans down.

It is a relief not to have mosquitoes buzzing in your ear or against the window screen. Thus, you might be asking when do they go away?

Though it would take some time for every mosquito on the planet to disappear, there are times of the year when there aren’t as many mosquitos. For example, cold winter weather depletes their numbers significantly due to limited resources like standing pools of water.

Like many other insects, Mosquitoes have an active season and a dormant one. However, the peak of their activity usually occurs during warmer months in early April for most parts of North America because mosquitoes prefer warmth to coldness.

Here are a few links to my favorite Mosquito repellents.

Below are some easy ways to have a big impact when trying to reduce the amount of time you donate your human blood.

Mosquito eggs can be found in wet areas or where you’ll discover stagnant water, like kiddie pools and bird baths.

Why should you care about preventing breeding sites?

You Can Contract Serious Diseases

Mosquitos can carry dangerous diseases such as yellow fever, zika virus & dengue fever, so it’s in your best interest to check your backyard for any places that might help encourage mosquito reproduction.

Types Of Different Species Of Mosquitoes